The Christian School of Keski-Uusimaa and Day care centre Petra, which is steadily increasing its number of pupils, was operating in buildings rented from the City of Järvenpää. There were indoor air problems in one of the buildings, and replacement facilities had to be found quickly, without major investments. A leasing model was chosen as the solution, and Hoivatilat was chosen to implement the project.

Since 2009, the Christian School of Keski-Uusimaa and Day care centre has been operating in Järvenpää in premises built about 100 years ago for the agricultural teacher training school. The school is on a hill in a rural landscape of cultural and historical value.

The surroundings are absolutely beautiful, but we had long dreamed of premises that would better meet our needs. We needed more space and classrooms for art and other practical subjects,” says acting principal Hanna-Leena Forsman.

Those dreams began to come true a couple of years ago when indoor air problems were detected in one of the buildings. According to Forsman, the school’s background association had a year to arrange new facilities for teaching and early childhood education. The best and probably only realistic option proved to be the purchase of a new school property on a leasing basis.

“For an organisation like ours, it was not worth investing in building our own premises. The leasing model works well when there is continuous funding according to the number of pupils. However, we wanted the possibility of redeeming the property after 25 years of leasing, and that is also why we were deeply involved at all stages of the project,” Forsman explains.

The school association brought in its own consultant in the early stages, helping to move forward sensibly and quickly with the project. As soon as the project plan had been refined, the tendering process was started. And once the tenders were received, the procurement decision was made, and construction began very soon after that.

Exceptionally careful use of space

The plan drawn up by Hoivatilat and the architectural firm Avario was extremely well received in the tendering process. According to Forsman, the school seemed highly suitable from the outside, and all the factors that were most important to them – even some less common wishes – had been taken into account. As the school also continues to operate in the parts of the old building where the indoor air is good, the school first had to consider which activities would be transferred to the new building.

It was clear that the new building would accommodate art and other practical subjects, as these were completely lacking from the old premises. The day care centre and preschool would also be located in the new building. Also included were four standard classrooms, as well as a spacious lobby designed as a “learning square” for a wide variety of events and would also be used for non-school purposes in the evenings.

The location and ease of combining the different parts of the facilities enables wide-ranging use. An important starting point, however, was that the school community would have facilities where all groups of pupils have their own class – in practice, a “home base” for each class, in line with the conventional practice. The same applies to the day care centre premises. Both groups have their own group and small group spaces, but the rest rooms and playrooms can be combined into a large area of nearly 80 m².

Architect and Finnish Association of Architects member Anne Jaakola-Wondafrash was closely involved from the very beginning of the project. The starting points were interesting in many ways, she says:

The building is an extension to an existing school building, and quite a lot of the building rights were still available. The plot was quite small, making it important that the use of every square metre be carefully considered.

“The planning was also guided by the fact that many objectives and guidelines on the type of environment to be built in the area were laid down in the town plan and the building code. When the building was presented to the building supervision and the zoning authority, everyone agreed it fitted the cultural and historical landscape perfectly.”

The school was designed on the spatial element model, according to which approximately four-metre “strips” were part of the plan: in other words, the shapes of the various areas were thought out so that they could be well implemented with spatial elements. This type of construction, which also saved time, proved a natural and effective solution, even though the different types of space on the floors presented an additional design challenge.

The tight schedule affected more than just the construction. According to Jaakola-Wondafrash, less time was set aside for each stage of the process than usual. Collaboration between the developer, contractors, users and the customer therefore had to be especially smooth. As she notes, any weak links would have made it impossible to keep to the schedule.

Forsman also says that all parties realised that things had to be done very efficiently. According to Forsman, the project was well managed through effective collaboration and interaction with Hoivatilat. The project was completed on schedule, and the autumn term began in school properties from the 1920s and the 2020s side by side. Forsman decided to spend the first day of school in the completely new facilities:

I presented the premises and took note of people’s reactions. The pupils gave great feedback on the excellent facilities that were planned just for them. I couldn’t agree more.” 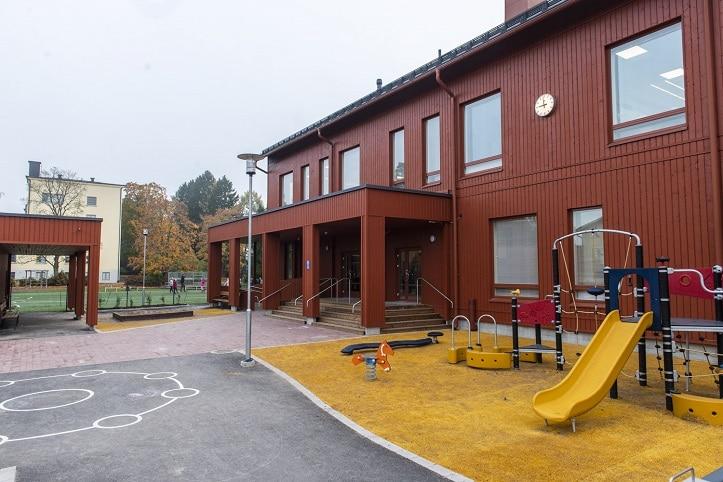 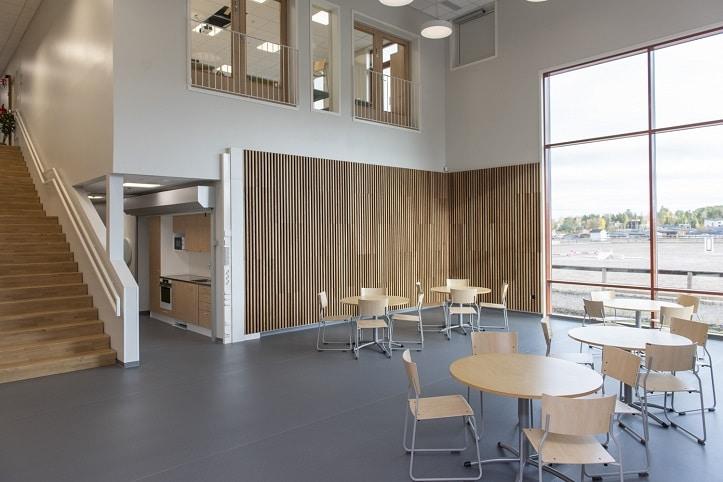 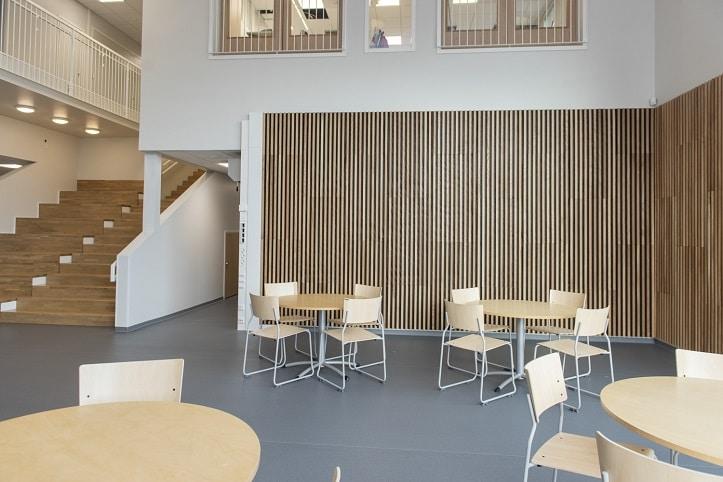 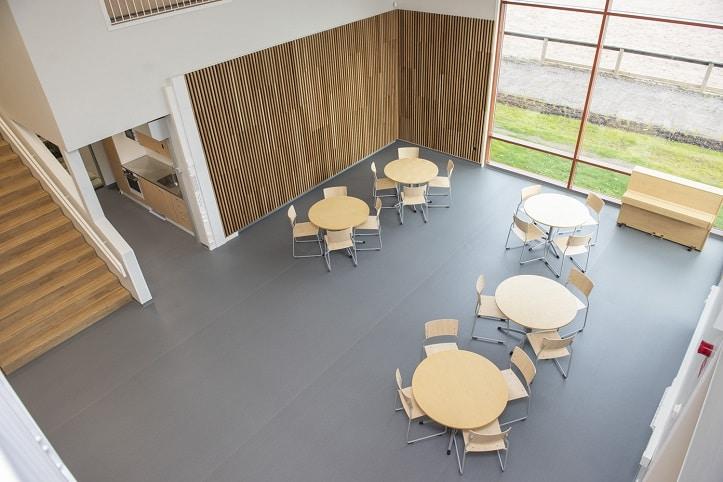