The Espoo Christian School operated in several temporary premises for more than two decades, until it got the first facilities designed for its own activities in early 2022. High-quality and safe school and day care centre facilities with a rental model for about 500 children enabled and implemented by Hoivatilat.

Appropriate facilities have been dreamed of in the school support association and various alternatives have been explored since the founding of the school. In early 2016, studies were started on the possibility of constructing new facilities in Matinkylä, Espoo. After many stages, in December 2019, Hoivatilat was selected as the executor of the new school building in a public procurement procedure. The project coordinator of the facilities project in the support association is Timo Kiiski, who has been involved in the implementation of the new premises from the beginning.

Build your own or school as a service?

Timo Kiiski says that the project’s funding and implementation options were carefully analysed by the support association: ownership and renting of the facilities were weighed against each other. Becoming a developer of own property was found to be demanding for the association and the risks high, as the construction would require the school organisation obtaining more know-how and resources. The school property should have been built with borrowed capital and, in addition, the maintenance of the completed property would have required a lot of attention and additional administrative effort – and would have distracted attention from the core functions of the association.

Thus, the support association opted for a rental model as the procurement method and will thus be able to continue to focus on and invest in its core activities, high-quality education. However, the decision was not easy, as there were concerns with the rental model as well. The association felt that there was a certain sense of temporariness in rental properties, and this was to be avoided. They wanted stability, quality and a reasonable and well predictable level of costs of the facilities.

– Hoivatilat could offer us all this. The lease agreement is long-term and extensible. The functional focus of the association remains where it should and the management of the facilities’ costs is clear, Timo Kiiski summarises the benefits of the rental model.

Kiiski says that they had strict requirements in tendering, which were taken seriously at Hoivatilat. He notes that the Hoivatilat plan was an excellent success from the perspective of both the financial criteria and the safety and functionality of the property. The construction phase and the outcome also showed that the right partner had been chosen.

The construction project was carried out in a controlled and professional manner. “From the point of view of our operations, the implementation of a change of this magnitude must be planned well in advance, it requires predictability and reliability. This was made possible by Hoivatilat and the rental model. The journey towards the jointly defined goal has gone well, with close co-operation and open communication.

Kiiski also says that they did not have to be afraid of delays in the schedule or surprises in costs, instead, the association was able to focus on moving its own operations and implementing the change in the role of client and future tenant. He says that moving in the middle of the school year was quite a task, but after the first few weeks in the new, appropriate facilities the mood is good.

Safe and stylish spaces of more than 6,000 square metres with special classes and sports facilities support learning and further diversify the activities of the association. Classrooms and teaching spaces allow teaching in classrooms in the traditional way, but also adaptability has been taken into account with both furniture and demountable walls.

Quality and sustainable development played a major role in the design of the building. Geothermal energy is used, and overall economy is supported by solar panels. The choice of materials, the absorption of drainage water in the planting areas, plantings and green roofing, as well as considered, high-quality and versatile space solutions also represent sustainable design.

The new school property has been named Valotalo (House of Light). The name can be perceived on many levels; light is a traditional Christian symbol, but also generic enough, suitable for all and all ages.

Light is, indeed, one of the first words used by the principal of the school, Jonas Turunen, when he talks about the building.

– The facilities are really bright, you can hear this from everyone, even the smallest pupils in primary school have been able to phrase that. I heard from ninth graders that they feel more alert here than in the old school, because it’s so bright here, Turunen rejoices.

According to Turunen, acoustics and sound insulation have also been successful: the sound bears well in the classroom, and the classes have been well insulated, although there are many glass walls in the facilities. In Matinkylä, Valotalo sits in the middle of hustle and bustle, between two quite busy motorways, but the traffic noise does not carry indoors. The colour scheme has also proved to be appropriate. Colours have been used in a fine and subtle way, without being boring.

A ballroom where all the school’s people and their parents could fit in was desired for the school. It wasn’t easy with the square metres in use. Now the heart of the building is formed by an L-shaped entity with a stage in the middle. In one direction is the gym, in the other the canteen. Windows open in two directions from the stage, the walls are beautiful wooden panelling, and there is also a loft in the spacious area.

The space accommodates 700 people and will be in active use outside of school-going as well. Congregations will hold services in the hall, and the badminton club and gymnasts have already taken over the space. Turunen says that such a medium-sized hall for public events has actually been missing in the neighbourhood, so more partners are sure to come.

Many other facilities also change naturally from daytime school use to evening and weekend recreational and gathering use, which was taken into account in design solutions, for example, with regard to access routes and access control. Active use outside of school activities is also supported by the school’s location: the school is located next to Matinkylä Sports Park, next to excellent transport connections.

All in all, the new facilities have delighted students, staff and residents of the area. The principal remembers the words of a third grader in particular, who had said at home to his parents that he would like to get back to school, because it’s so nice there now.

– It’s been a long journey to the new premises, and there have been a lot of twists and turns. Now that the action is playing out in our own facilities, the atmosphere is really great. The project was an excellent success, starting from the planning process, Turunen sums up. 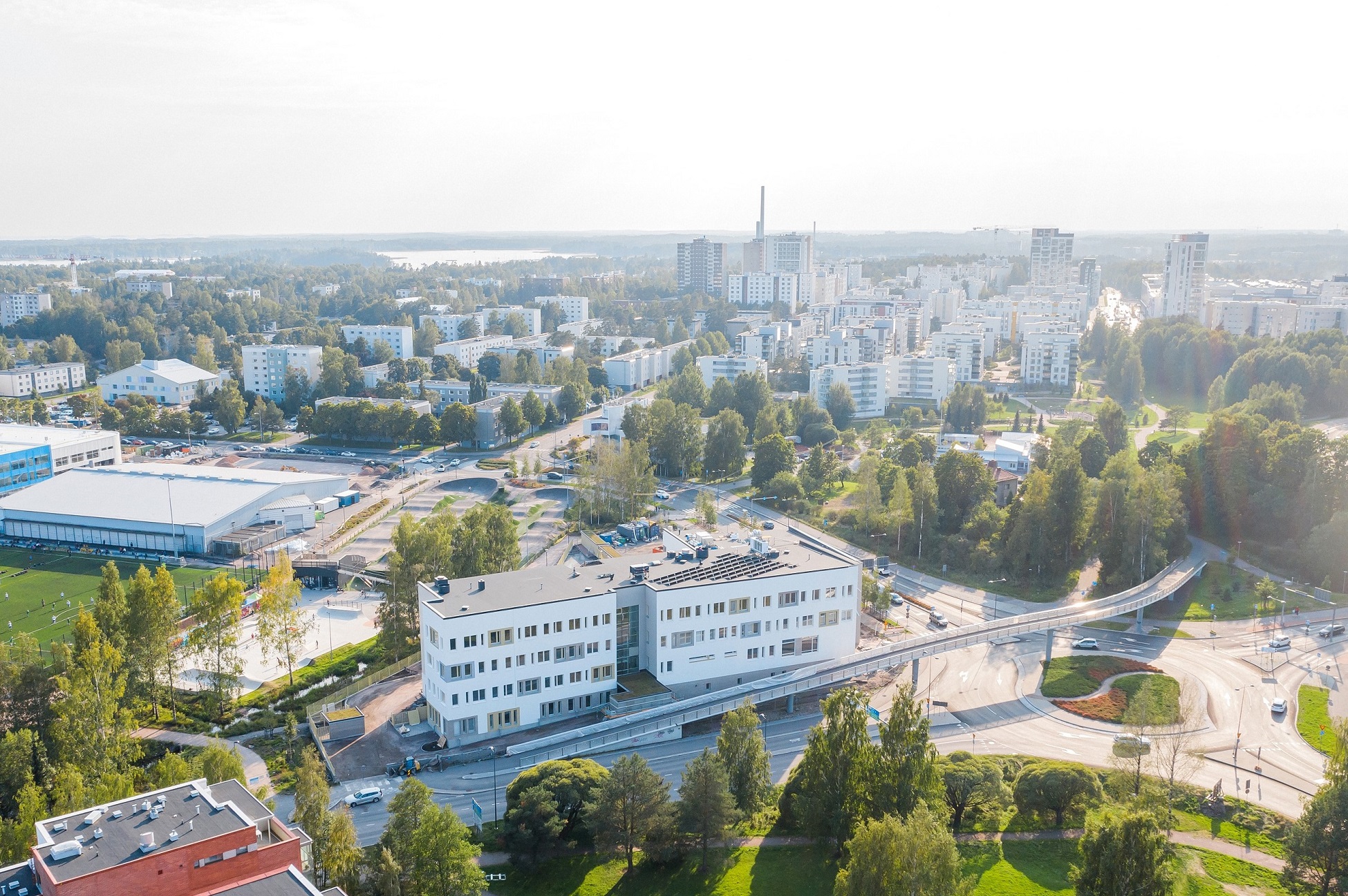 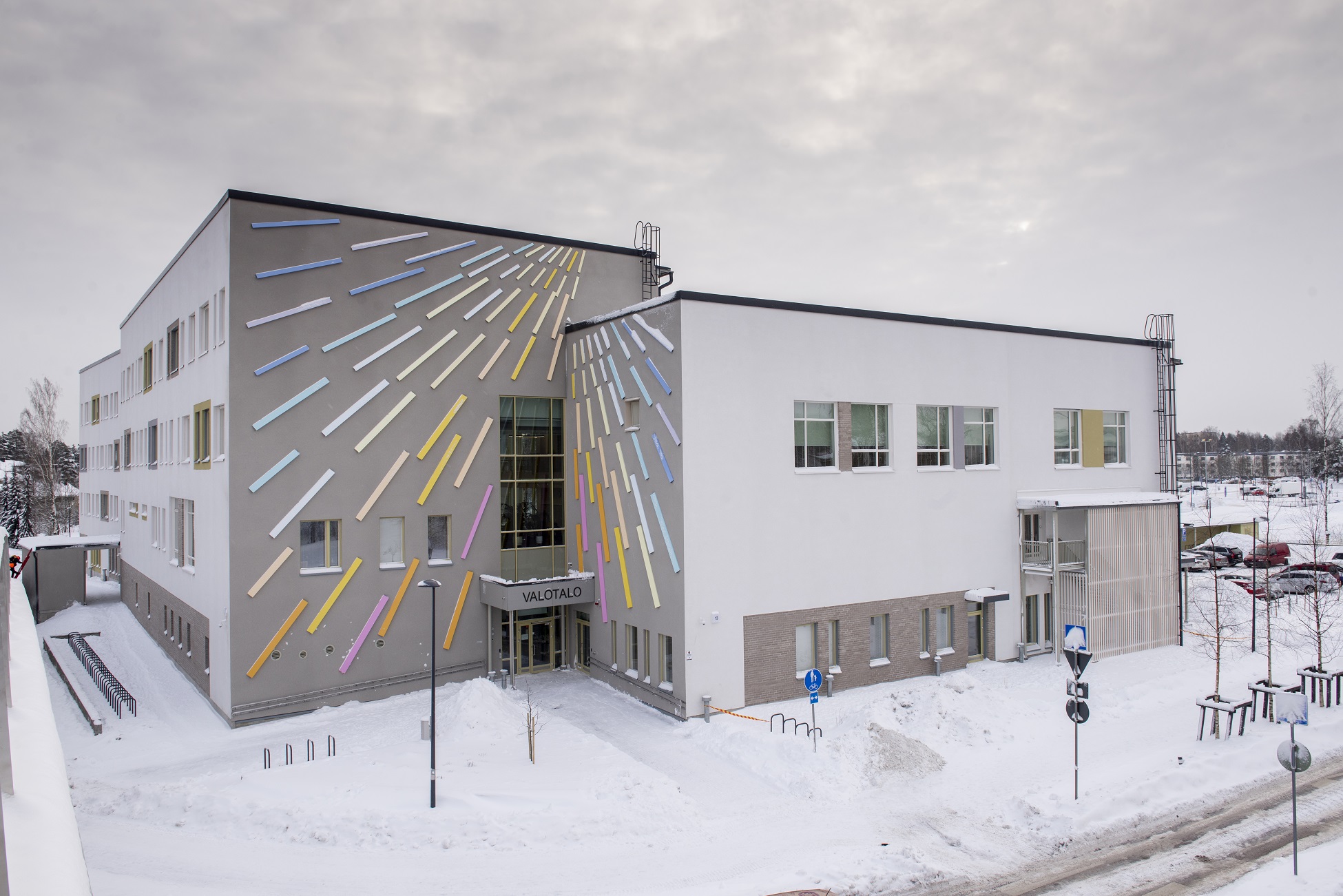 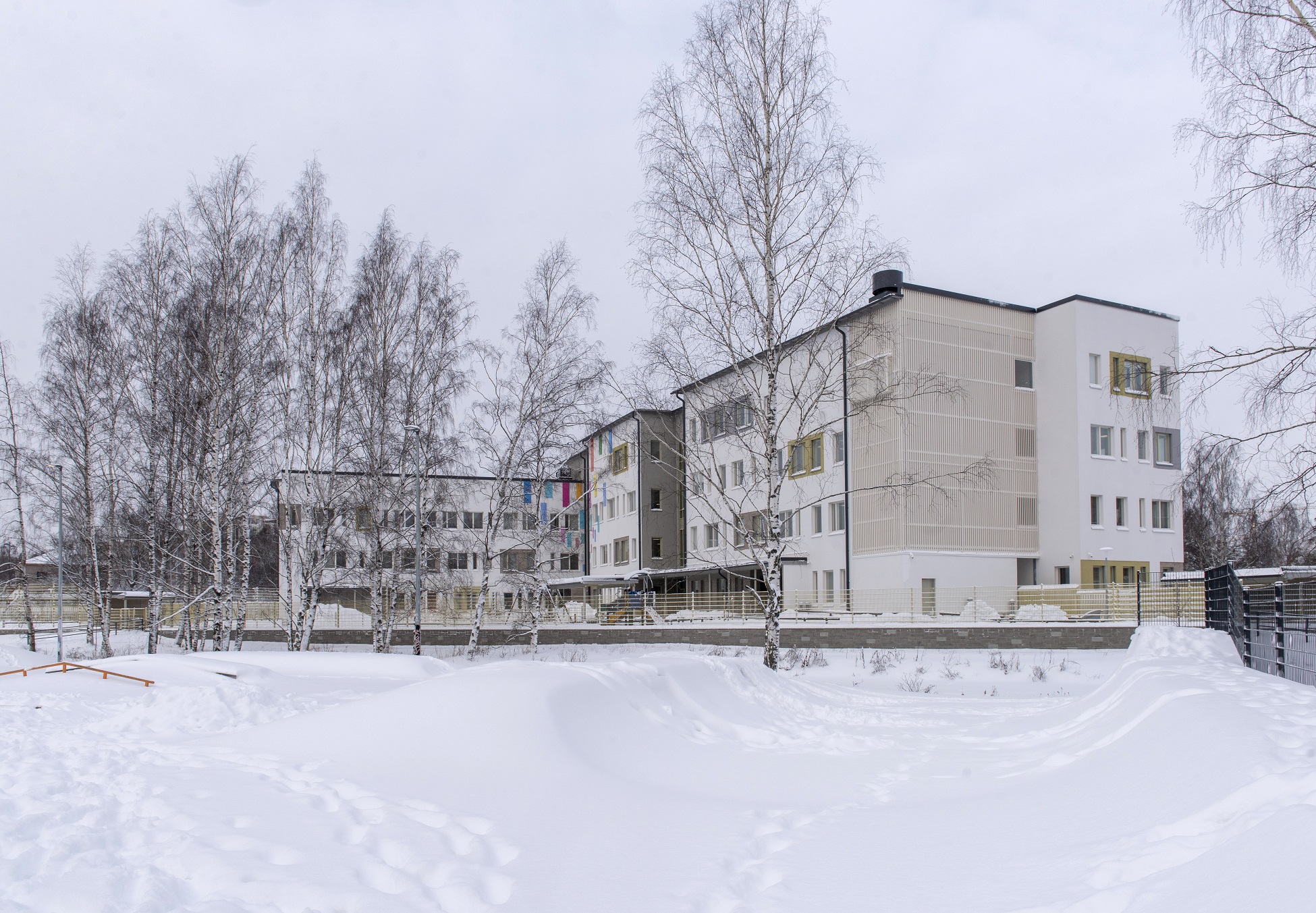 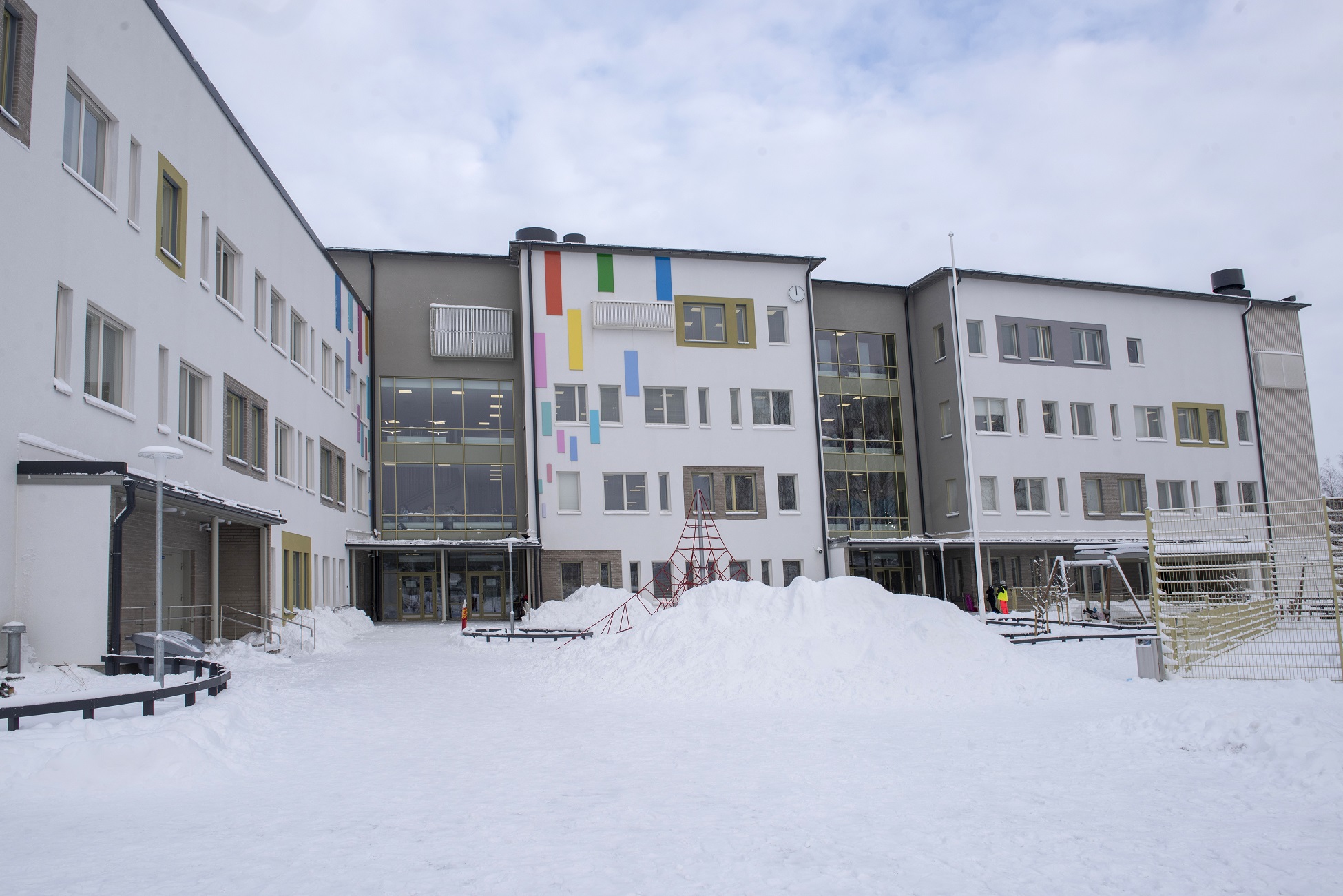 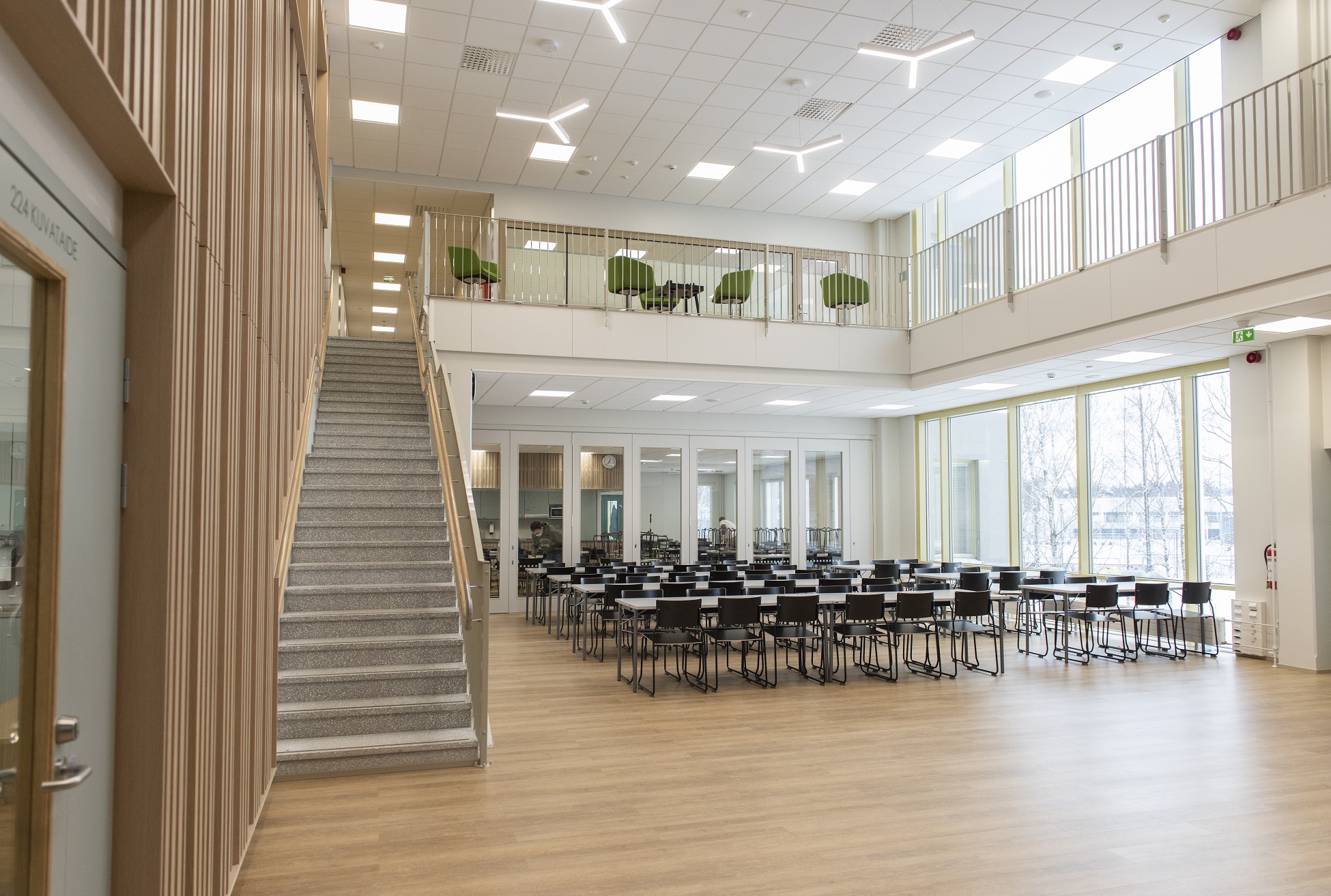 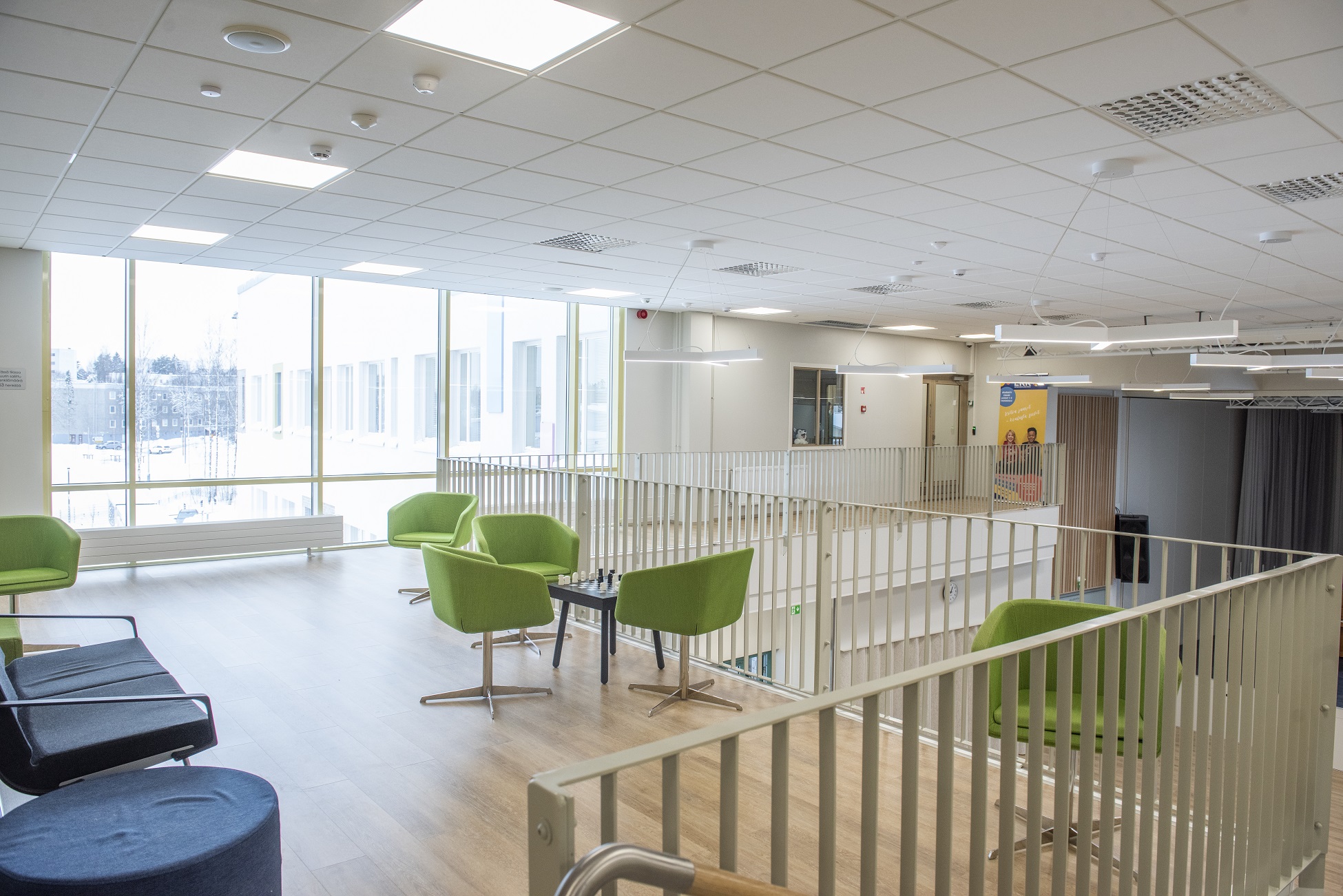 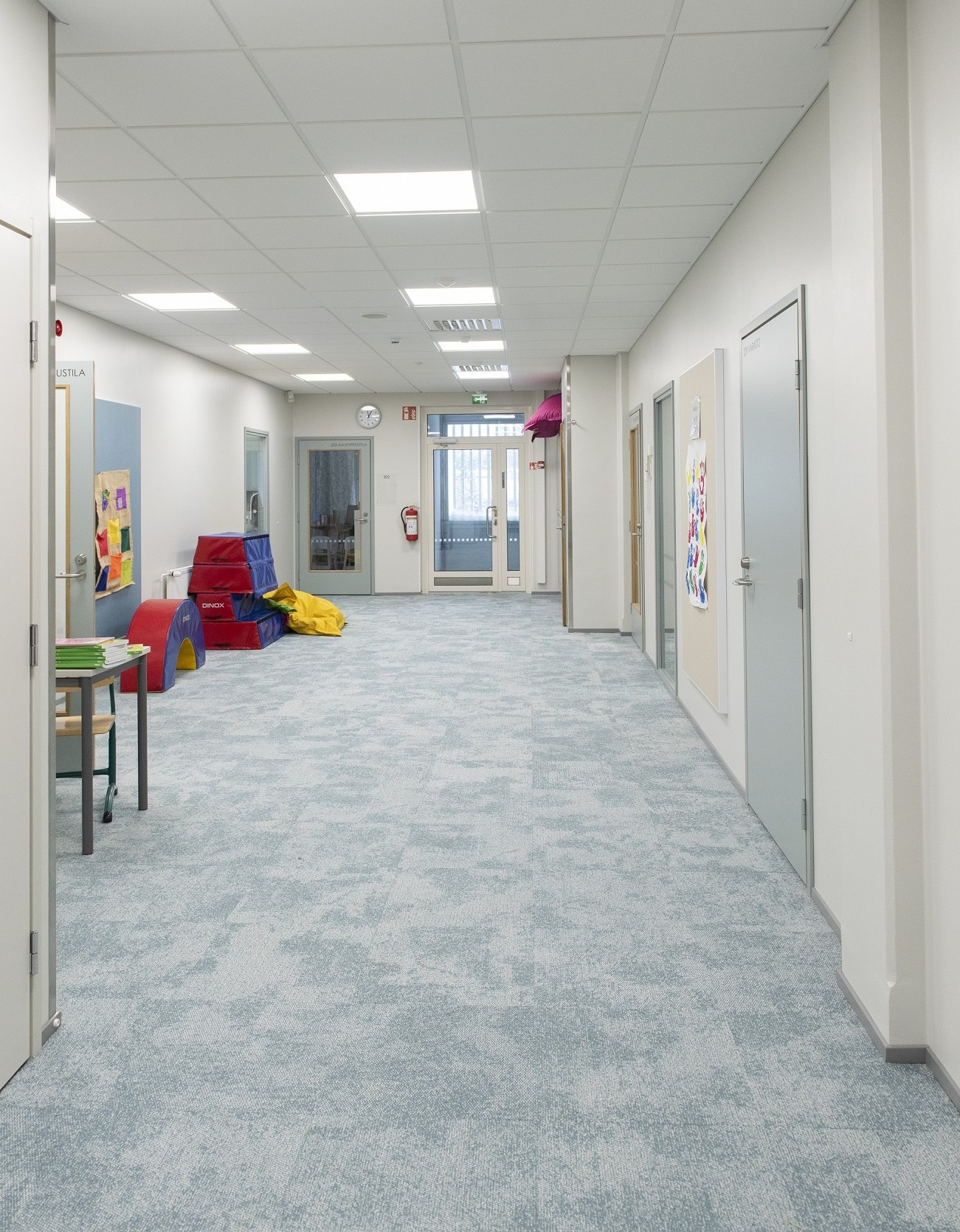 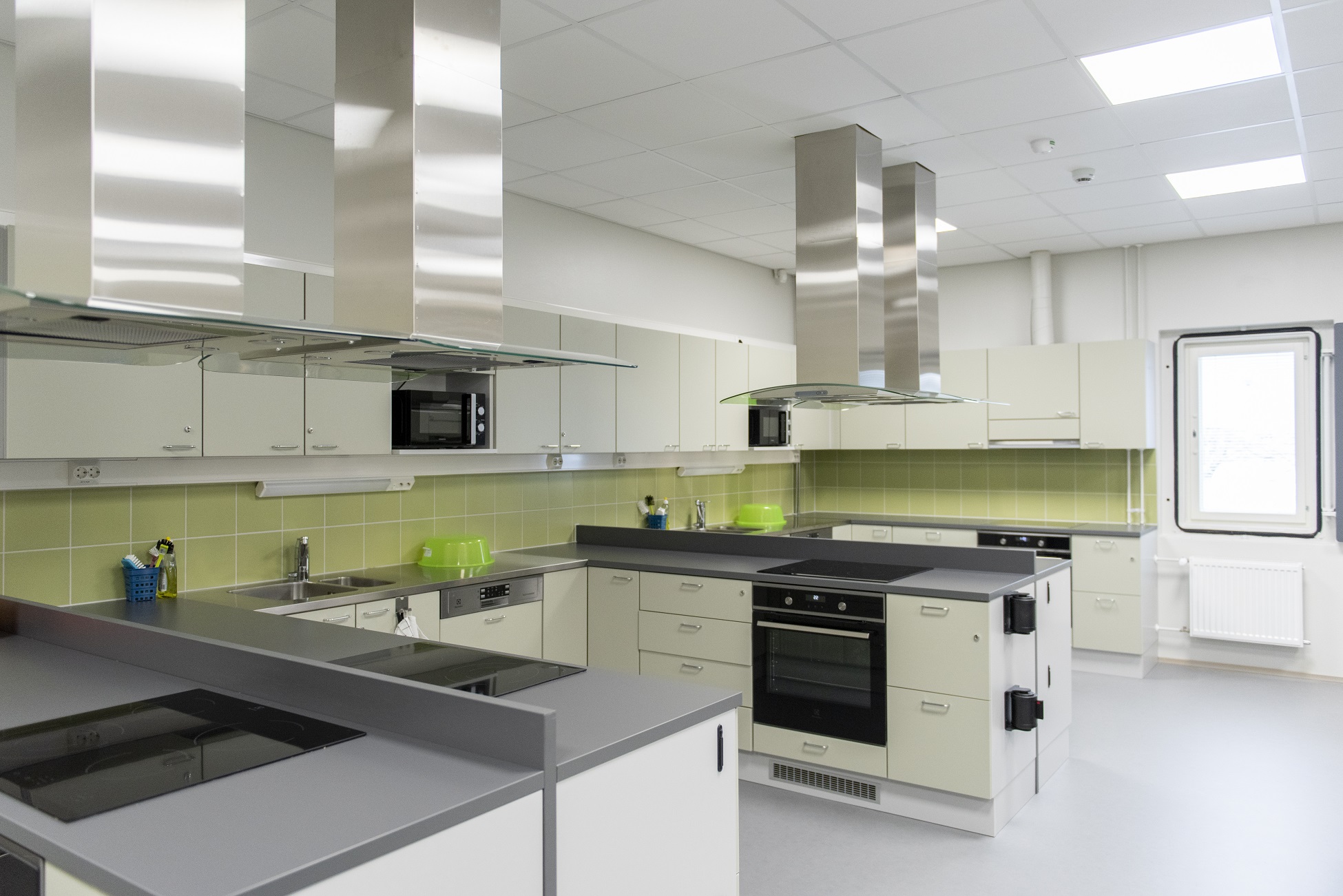 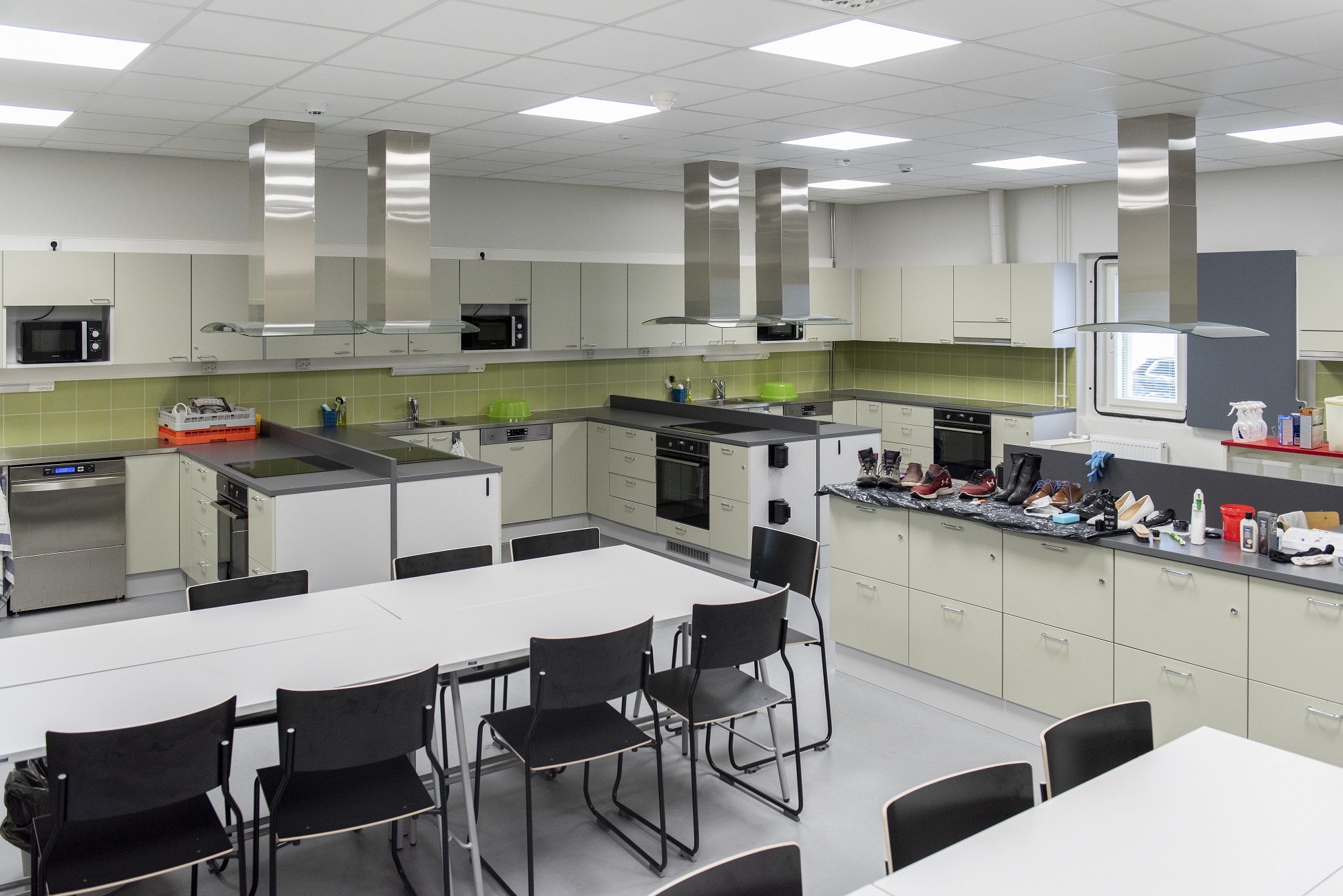 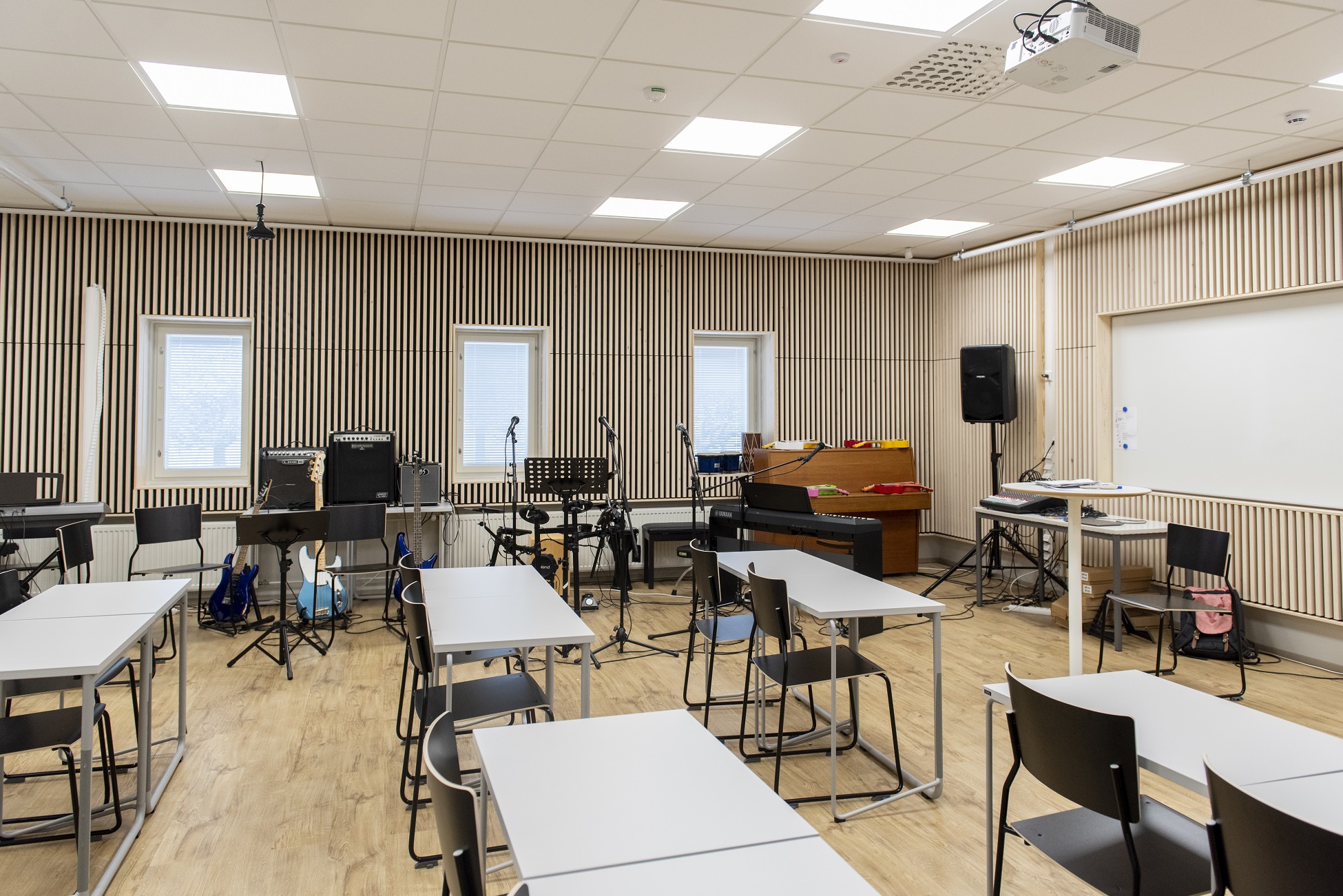 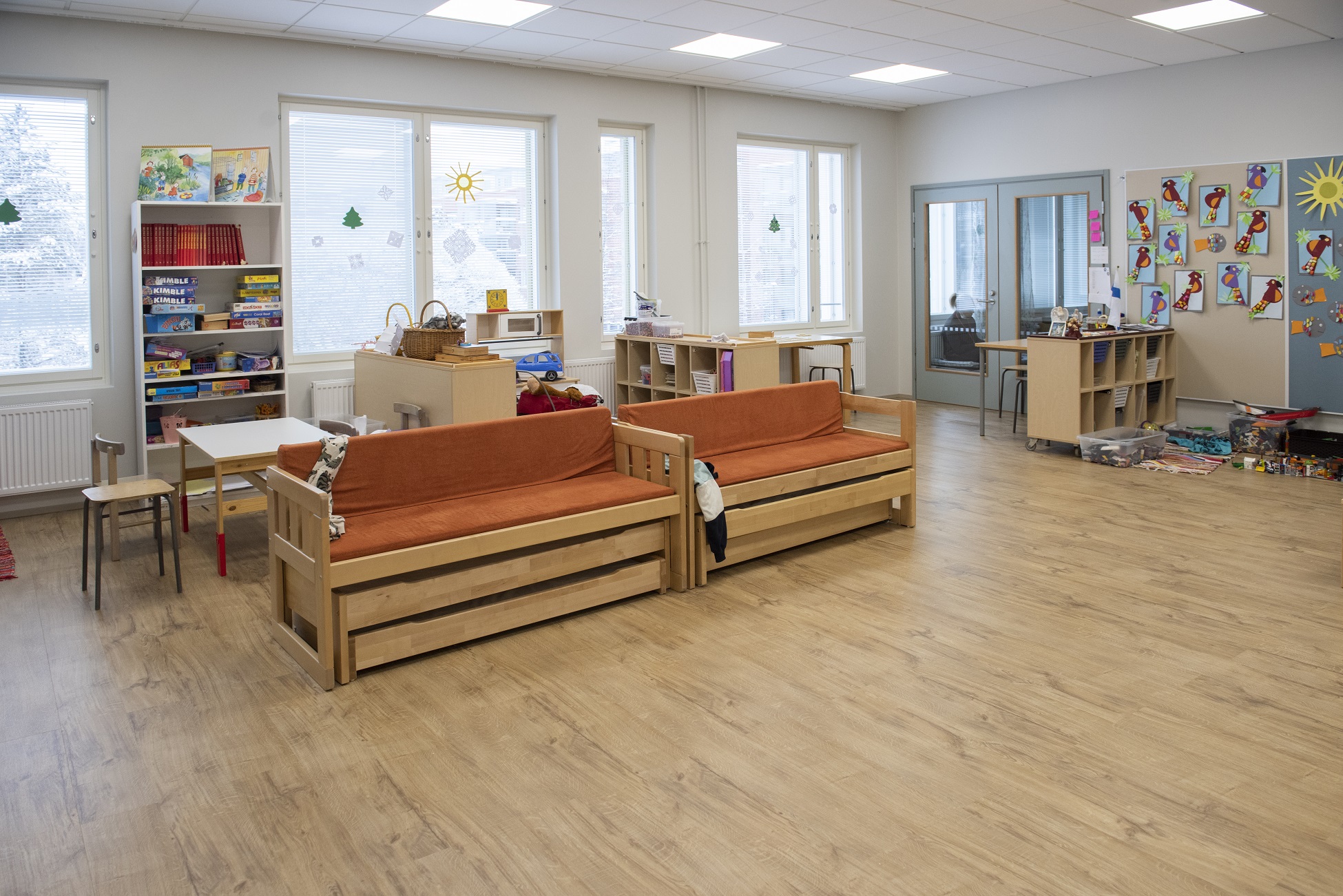 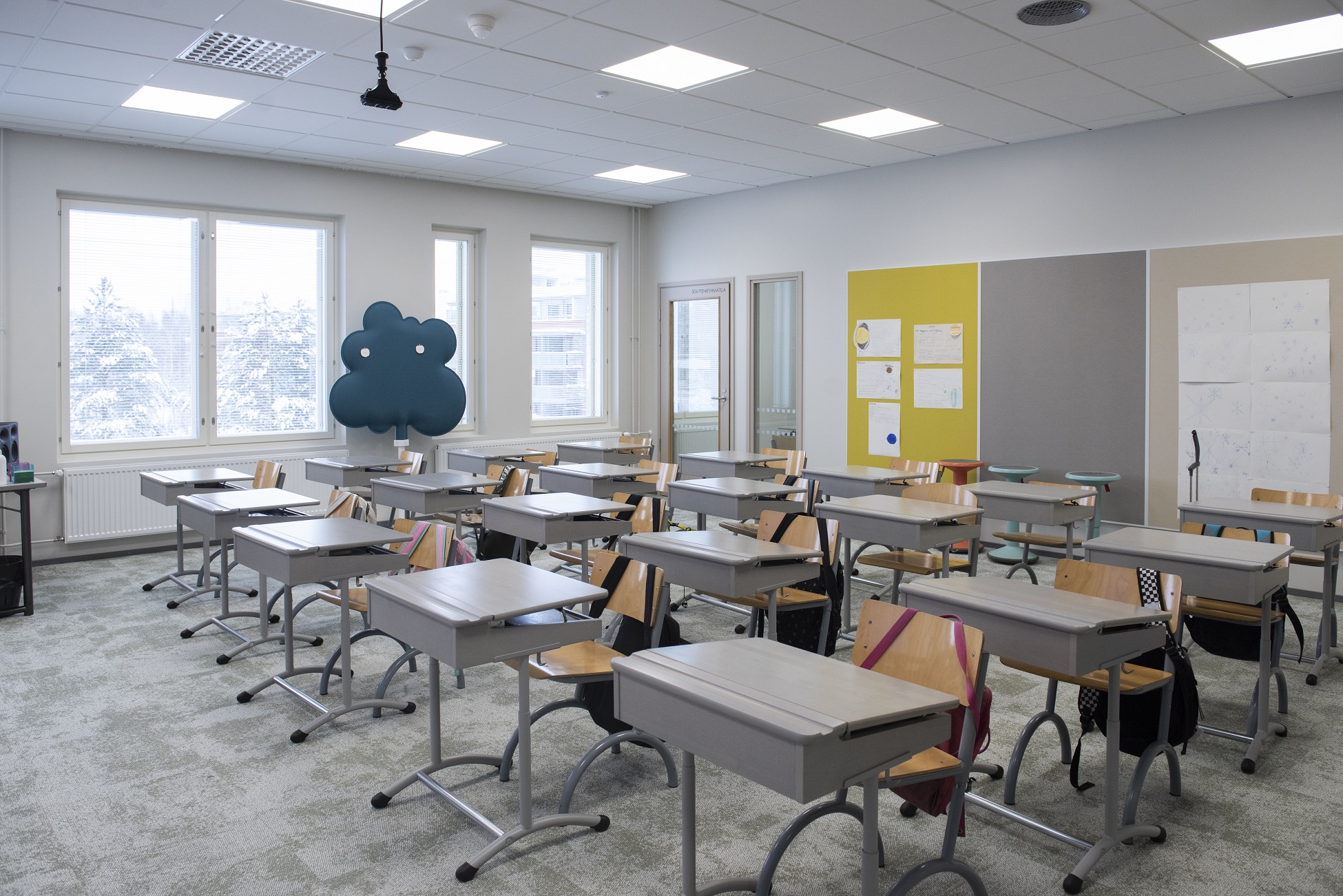